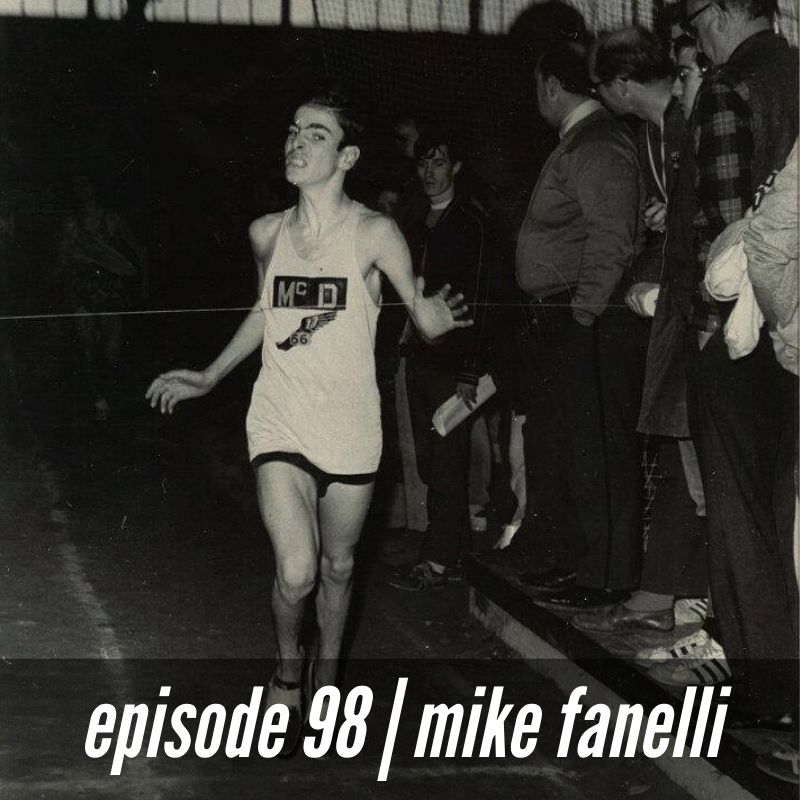 “As long as I can come across the finish line—whatever chosen distance, and I’ve raced them all—knowing that I couldn’t possibly have run one iota faster, that to me, that’s satisfying. I like being in that position, I like being under the pressure, I like finding myself in a state of uncomfortability. I like being in that space and I like really engaging in the self-talk, so for me, that’s my drug…Your potential is not comfortable. I dig exploring that. I’m my own little guinea pig.”

Mike Fanelli has worn a lot of different hats in the sport of track and field over the past 50 years: he’s a solid athlete with a 2:25 marathon personal best and over 110,000 lifetime miles on his legs, he’s a great coach, having guided 14 U.S. Olympic Trials qualifiers, one national champion, and three times he’s served as head coach of a U.S. national team. He’s worked in marketing at major shoe companies, he’s represented athletes as an agent, he’s served as an elite athlete coordinator for different races, and he’s even been a color commentator for a number of events. But most impressive—to me, at least—is that Mike is one of the biggest track nerds and historians the sport has ever known. He calls himself a “cultural storyteller of the sport” and every day on his Facebook page he posts a snippet of track and field related history or trivia that he dug up—analog style from the massive archive in his garage—that will blow your mind.

This was conversation about the sport the two of us both love so much, how “juvenile delinquency” got Mike to start running as a young kid, competition as a means of exploring your potential, the importance of putting yourself in uncomfortable situations, and a lot more.