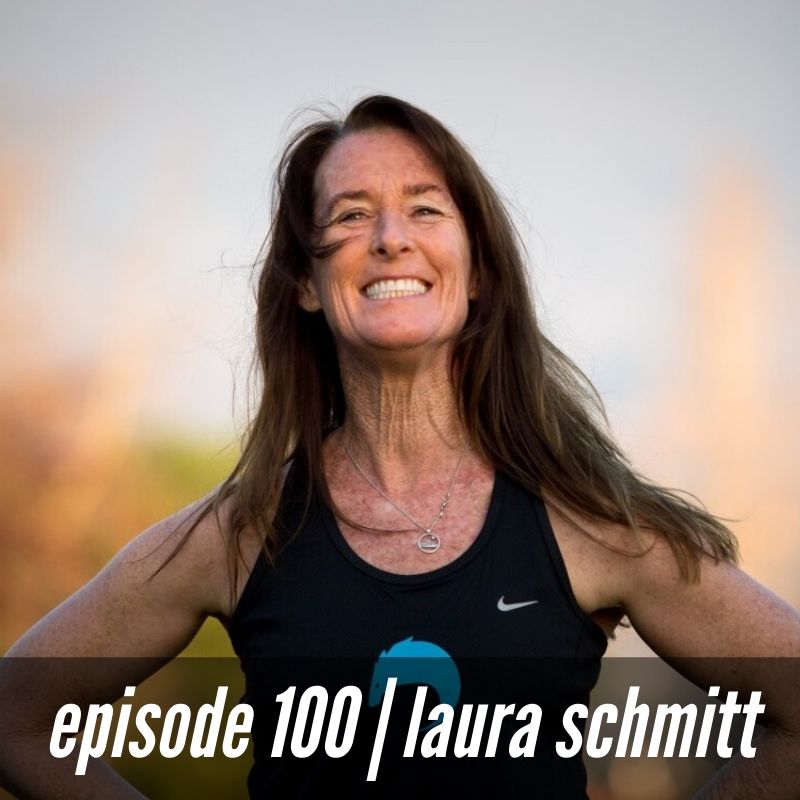 “Coaching, I would argue, is the least about the workouts. In fact, if you’re a coach, you should have phenomenal workouts. You should have a progression that takes a child, an adult, anyone—in four years, of course they’re going to get better, you just have to write it out properly. It’s written in every book, you can pick up any book, anyone can be a ‘give workout’ person. What isn’t easy, unless it is, is knowing how to connect with a person, to get the most out of them, so they can feel good about themselves…You have to be very careful about how you connect with people. We as coaches have power, for sure, the people we are coaching can be vulnerable so you have to make sure you’re not taking advantage of that or crossing the line. That’s your job, it’s not the athlete’s job. As close as the athlete comes to you, you have to know where it needs to stop, where the line is, and a mature coach knows how to do that.”

Laura Schmitt retired from coaching the cross country and track teams at Redwood High School in Larkspur, California, last summer after 35 years at the helm of both the boys and girls programs. In her three-and-a-half decades at the school, she guided numerous league champions, state champions, and even national champions, all while building a team environment centered around inclusivity and developing a love of running. Her love and enthusiasm for running is equal parts infectious and inspiring. Laura is a mom of three children, and coached all three of her kids while they were in high school. She’s also an entrepreneur: In 1990, she founded Marin Enrichment, a play-based preschool that’s still going strong today and led by her daughter Caitlin. In 2016, she and her son Jake—who was my guest back on Episode 48 of the podcast—opened the Thoroughbred Treadmill Studio, which was the first treadmill studio on the West Coast, and they’re set to open their second location next month in San Francisco.

In this conversation, we talked about running, community, coaching, family, parenting, and entrepreneurship—all things Laura knows a lot about and has had a lot of success in over the years—and a whole lot more.

END_OF_DOCUMENT_TOKEN_TO_BE_REPLACED “The idea of doing what you love doesn’t happen by accident. Like if I went to drama everyday, sure I’d have fun but it would have been misdirected. And I was fortunate enough to have what I loved and learn it but really cultivate it and really be around other people that loved it. And that’s probably the theme that will come out of this conversation, whether it’s a peer of mine that I’m still friends with because we raced against each other in high school or Mike Fanelli, who was running around the track with me at age 50, or my parents—it doesn’t matter the demographic, we shared that. And I want for our high school kids to have that. They’re coming to practice with two coaches that love it so much, they’re surrounded by teammates that really love what they’re doing, and it’s the culture that we have, it’s the community we’re trying to create.”

Incredibly excited to welcome Jake Schmitt to the podcast this week. The 31-year-old is a three-time Olympic Trials qualifier in the marathon with a personal best of 2:15:09. He most recently ran 2:18:03 at CIM and has his sights set on competing well at the Trials in Atlanta a little over a year from now.

Schmitt was a state champion cross-country runner in high school and an All-American in track at the University of Washington. Aside from being an accomplished athlete, he has coached at his alma mater, Redwood High School, for the past nine years alongside his mom, Laura—who is also his coach—and they’ve developed one of the top distance programs in California. This mom and son duo also cofounded the Thoroughbred Treadmill Studio just north of San Francisco, which is the first of its kind on the west coast.

We talked about all of those things in this conversation and then some, including Schmitt’s tight-knit family, where he gets his competitiveness from, how his parents taught him to love running without forcing it upon him, why he loves monotony, the importance of restraint in bringing along high school athletes in their training, developing a healthy team culture, and a lot more.