“Many times I’ve woken up and thought, ‘Oh, what can I do to get out of this? Can I fake an injury?’ And then I realize it’s just me. The only person I’m faking is me. The only person I’m lying to is me if I do if I do that. And the same thing with not finishing a race: I’m the only person that I have to answer to. One of the things that Teddy Atlas talks about on our podcast is being a game quitter. It’s much more painful and much more difficult to quit than it is to stick it out and give your best. Cause you have to live with that quit and that failure for a fucking long time. And the pain of suffering through—especially a race where someone’s not trying to like, literally kill you—you can do this. And I get up and I find myself going through the motions and it’s almost like I’m on autopilot because in my heart I’m like, ‘No I don’t want to do this, I don’t want to put myself out there. I don’t want to be exposed.’ That fear of failing is incredibly powerful for me. But like I said, the pain of not giving your all lasts with me forever and as I said earlier, I’m the only one that cares and I know that, but I care, I care if I fail and I care if I didn’t give 100 percent, and I don’t know, it’s like a mental exercise for me.”

I’ve got a great guest for you this week and I think it’s one of the best conversations I’ve had in the two years that I’ve been doing this podcast: I sat down with my friend and athlete Ken Rideout the night before this year’s Cal International Marathon, where, the next day, he ran 2:28:25 to place second overall in the Masters race, and win the 45-49 age group. It was a 5-minute lifetime PR for Ken, who is a 48-year-old dad of four kids, he works full-time in finance, travels a ton, co-hosts the popular boxing podcast called The Fight with Teddy Atlas, and gets out to train hard first thing every morning because he says it helps keep him stable.

Ken is one of the most raw, driven, and passionate people I know, and it really comes across throughout this conversation—all the way down to some of the language used, so consider yourself warned. Like me, he’s a native of Massachusetts who landed himself in California a few years ago. He had a rough childhood growing up in Somerville, spent his college years working as a prison guard, he boxed and played football and hockey before finding endurance sports later in life, and has generally just followed a super interesting path to land himself where he is today.

— Watch and listen to Ken on The Fight with Teddy Atlas on YouTube.

— Inner Voice: “If you run a marathon correctly, you shouldn’t be running hard until the last 10K,” Rideout says in an interview with Travis McKenzie. “So, if you look at it like a boxing match, from 20 miles to 26 miles is the equivalent of the last two rounds. That’s really what you’re training for. It becomes a question of whether you are throwing ‘get off me’ punches or are you throwing punches to win. They’re very different sports, but the mindset is similar.”

This episode is brought to you by Tracksmith. Tracksmith is a Boston-based running brand, led by a group of runners who are dedicated to building classically stylish, cutting edge running apparel for real world athletes. Whether you’re training through the depths of winter, or you need a special race day outfit to help power a PR, Tracksmith has you covered. I personally own a ton of Tracksmith gear and train and race in it all the time, including last month at the New York City Marathon. Still looking for a gift for the runner in your life? Or maybe you just want to treat yourself? Check out their gift guide, personally selected by their staff members and friends, where I shared my own selection, the Harrier Long Sleeve. You can consider other ideas at tracksmith.com/gifts and follow them on Instagram @tracksmithrunning. 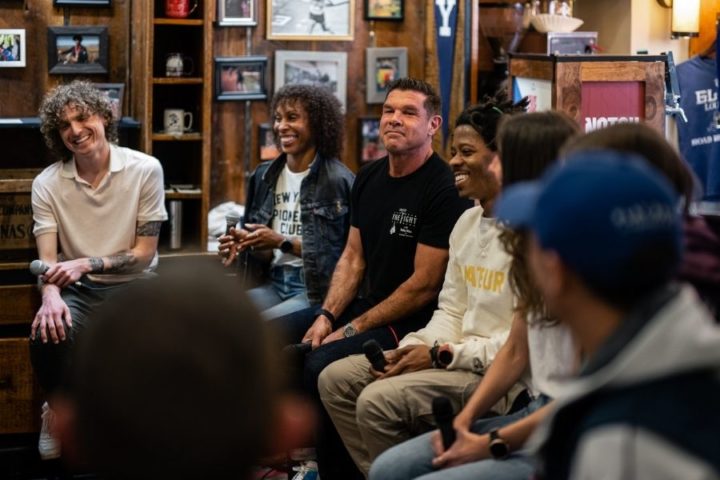 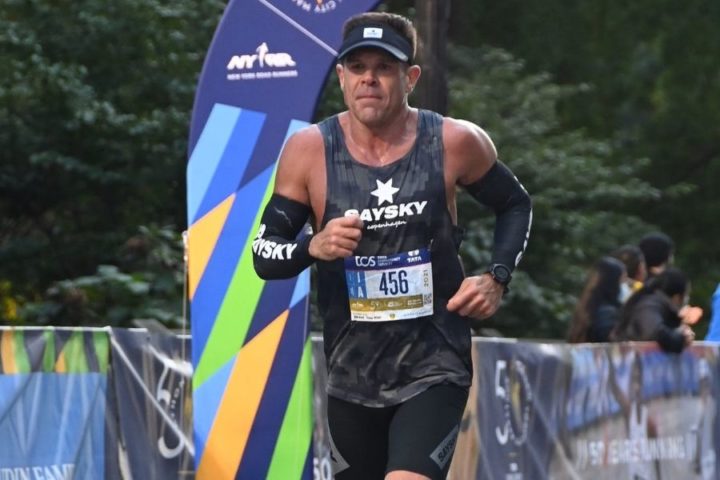