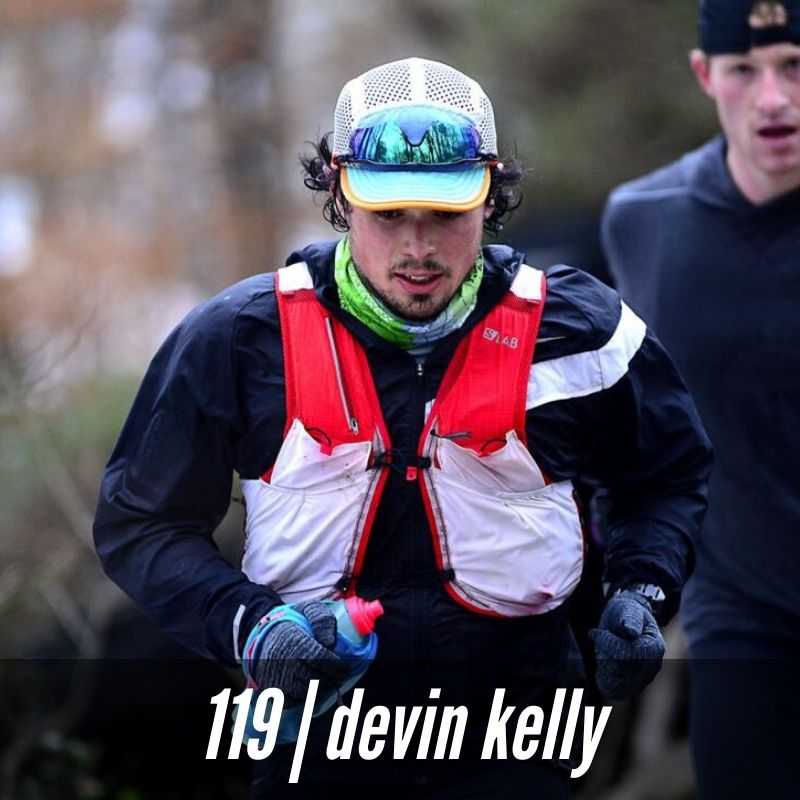 “So many of my relationships with anything or anyone in life that I care about the most is a relationship of high highs and low lows. There’s something deeply human about a relationship with anything that can offer you the greatest joy in your life and also the greatest sorrow or greatest pain. Running grounds me toward that more viscerally perhaps than anything else. It’s a reason why I keep doing it. It more than anything serves as a sort of…I don’t want to say a metaphor for life because it is life, but as a way for me to understand life. So to deny it that is to deny it it’s ultimate complexity and I have to acknowledge that they’re are going be days that running makes me feel more joyful than anything and there are going to be reasons that have to do with running that are the reasons that make me feel maybe ashamed or maybe scared or maybe deeply sad—and that’s hard, but it’s real.”

Devin Kelly is a runner, writer, and a poet based in New York City. His work has appeared in The Guardian, LitHub, Catapult, Longreads, and in other publications.

I first became aware of Devin in late 2019 when I read his essay, “Running Dysmorphic,” which explored his relationship with competitive running, exactness, and giving himself permission to be exactly who he was. It really resonated with me and my own experiences as a competitive runner who has dealt with body image issues in the past.

More recently, my college cross-country and track coach, Karen Boen—who you can listen to and learn more about in Episode 115, by the way—sent me an essay entitled, “What I Want to Know of Kindness.” The author: Devin Kelly. That piece, which also hit me on a deep level, isn’t really about running, at least explicitly, but it put on display the depth and strength of the relationships that develop when you share a lot of miles with someone over a long period of time—you know, the kind of bonds that just don’t break.

Anyway, I knew I needed to talk to this guy and here we are today with an impactful conversation about running, writing, exploration, masculinity, wrestling with shame, self-worth, hope, and a lot more.