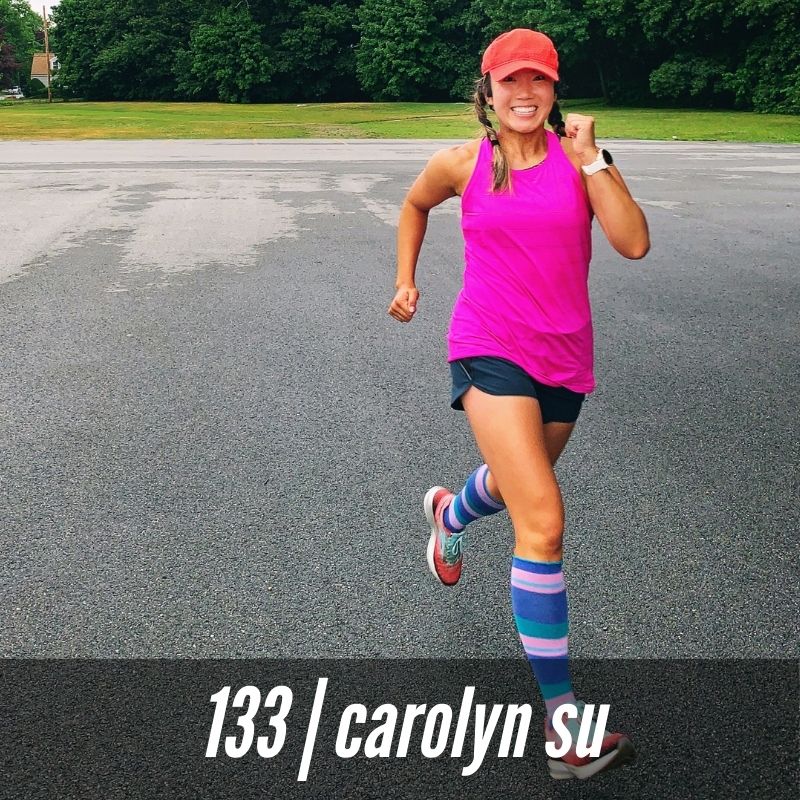 “By nature, diversity is uncomfortable, at least initially, right? Until we can embrace and accept the discomfort of having someone with a different opinion, a different life experience, and different idea, or way of doing things. That part is not trendy or glamorous. We like to think that diverse community—the idea of it is a lot easier to swallow. I think there’s a lot of introspection that needs to be done and we don’t all know how to do that, nor do we have the language, but we need to be willing to listen and learn and not everybody’s ready for that, I don’t think.”

Carolyn Su is the creator of the @DiverseWeRun Instagram account, which she launched as a place to highlight runners from different backgrounds and share their stories with a wider audience. I first became aware of Carolyn a few months ago when she was featured in a Runner’s World article along with 10 other BIPOC runners speaking out about their experiences with racism and perceptions of diversity within the running community.

In this episode, Carolyn, who is Taiwanese-American, told me about how she found running while she was struggling with an eating disorder in college, why she still has a hard time calling herself a runner sometimes, and how running ultimately became a source stability in her life. We also discussed why she started @DiverseWeRun, what it’s going to take to tackle the issues of diversity, equity, inclusion, and representation in running so that we can create a more equitable and accessible sport for everyone, and a lot more.