I was in Sacramento this past weekend for the Cal International Marathon, which this year and next doubles as the national championship, and left on Sunday awed, impressed, and inspired by the performances I witnessed (so much so, in fact, that yesterday I forked over 100 bucks and registered for next year’s race). The fields, course and conditions were about as close to ideal as you can get for a marathon—incredible depth at nearly every pace, an honest layout that gives back whatever it takes, and a windless, dry morning with temps that didn’t exceed 54 degrees or so. Of course, this means that it will probably be wet, windy and miserably cold when I run it next year, but my stoke will be just as high. CIM is a well-organized event with good energy and an awesome vibe to it.

It was a real treat to watch morning shakeout subscriber and fellow Central Mass. native Tim Ritchie—who grew up one town over from me in Worcester, Massachusetts, and whose career I’ve been following since he was a 4:34 miler at Doherty High School—run away with his first national title and set a massive personal best. Ritchie ran a patient race and made his move at the exact moment he knew no one could respond to it, finishing in 2:11:56.

“At 20, 21 where the race really started to happen, I just put my head down and made it happen,” Ritchie told David Monti of Race Results Weekly. “I had to do something to really break it open. You know, you make those moves and you don’t know if you can do it again for 25 or 26, but you’ve just got to trust that you’ll find the strength when the time comes.”

In the women’s race, Sara Hall led from the get-go, running her third sub-2:30 marathon of the year—and second one in five weeks—to round out 2018 with a national title, the umpteenth of her career. She looked controlled the entire way and it was never really a contest as she broke the tape in 2:28:10.

“I wouldn’t have been able to lead gun to wire in a marathon a couple of years ago,” Hall told Monti. “So, I feel like that was, for me, what I needed to get out of this race, just continuing to work on running it different ways.”

Aside from Hall, 49 more women ran under the Olympic Trials standard of 2:45, many of them setting sizable personal bests. The 2:45 pace group was so massive when it ran past me at Mile 16 that it took up an entire lane of traffic. It was just bonkers to watch it up close.

When I wrote earlier that there was incredible depth at every pace, I meant it. The 3-hour group was twice the size of the 2:45 group and the 3:30 back was bigger than the 3-hour bunch, and so on, and so on. Thousands of runners working together toward uncommonly common goals, some of them hitting it big in the end while others came up a bit short. But hey, that’s racing. I drove home on Sunday afternoon awed, impressed, and inspired, yes, but I also left with a renewed belief in marathoning as a competitive pursuit. It’s not dying as some pundits might lead you to believe—not at CIM, anyway. There, it is alive and well. 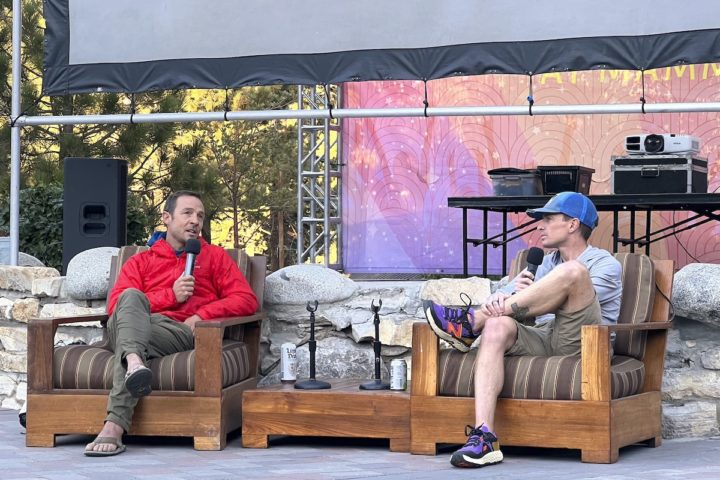