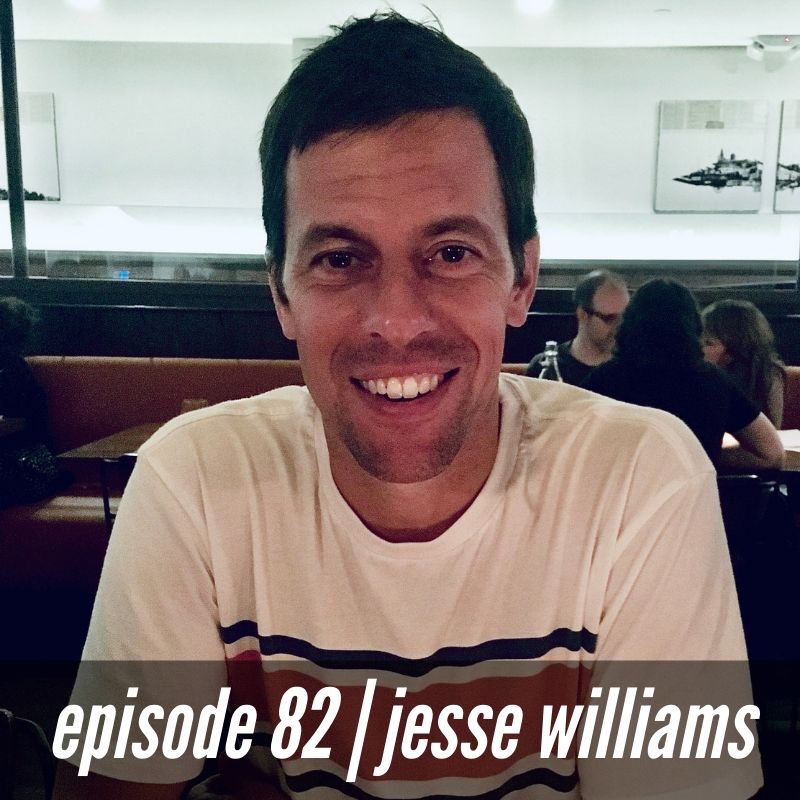 “Anybody that’s in this industry, especially somebody that was in my former position, you sit around all the time and complain about what’s wrong with track and field. I’m one of the biggest talkers when it comes to that, I always complain about what’s wrong. And I feel like I have a chance to potentially work towards one piece of the solution, which is an events series in the U.S., after USAs, not only where athletes can make money, but we’re doing things differently, and it’s more entertainment. We’re going to do our best. It’s exciting—very exciting.”

Excited to share a conversation I recorded in late September with Jesse Williams, who was the head of sports marketing at Brooks for 13 years, where he oversaw the marketing and business side of the such initiatives as Hansons-Brooks Distance Project, the Brooks Beasts, the Brooks PR Invitational, and other athlete programs. Williams left Brooks in 2017 and took a year off from work to figure out his next move, and at the end of last year he launched Sound Running, a company which offers training programs, coaching, and events for runners of ALL ability levels. He’s particularly excited about next summer’s Sound Running Tour, a series of track meets in southern California designed to create competitive domestic racing opportunities for athletes seeking Olympic tune-ups and personal bests, all while helping push the sport forward—which is something that it desperately needs right now.

Williams has had interesting career trajectory: from studying exercise physiology and English as undergrad, to becoming a kindergarten teacher as a 22-year-old, going back to grad school for a degree in biomechanics, to then working his way up the chain at Brooks to become head of sports marketing. We got into all that and a lot more over the course of this 90-minute conversation, including quite a bit of discussion about the marketing side of the sport, what excites him and what worries him about it right now, how brands can better use their athletes, and a lot more.

— WATCH: Things To Know Before You Go Pro. Williams sheds some light on what aspiring professional athletes should know about contracts, employment status, benefits, working with an agent, and more before embarking on a career in the sport.

— “These athletes are the stars of the Olympics,” Williams told The Globe and The Mail in 2016 about the Rule 40 restrictions prohibiting brands from talking about their sponsored athletes—and vice-versa—during the Olympics. “… We wanted to shed a light on the inability of athletes to market themselves.”

— Seven Questions with Jesse Williams: “Imagine if the NBA sent 16 teams to the playoffs each year and the teams that won each series didn’t necessarily advance because of something that happened during the season,” Williams told Larry Eder in an interview for Run Blog Run in 2013. “What’s the point?  Why would we watch?  Welcome to our Olympic Trials.”

This episode is brought to you by UCAN. UCAN powders and bars with SuperStarch give you slow-release carbs and long-lasting energy without the big crash. I’ve used the SuperStarch drink powder to fuel my last few marathons, and the new Hydrate product, which I’ve been taking on my longer training runs, is a clean, natural electrolyte replacement with no sugar, zero calories and 5 added electrolytes to replace the nutrients lost in sweat. Visit generationucan.com and use the code “SHAKEOUT25” at checkout to save 25% on your first order. Already a UCAN customer? Enter the code “SHAKEOUT”—no number at the end of that one—at checkout to save 15% on subsequent orders.