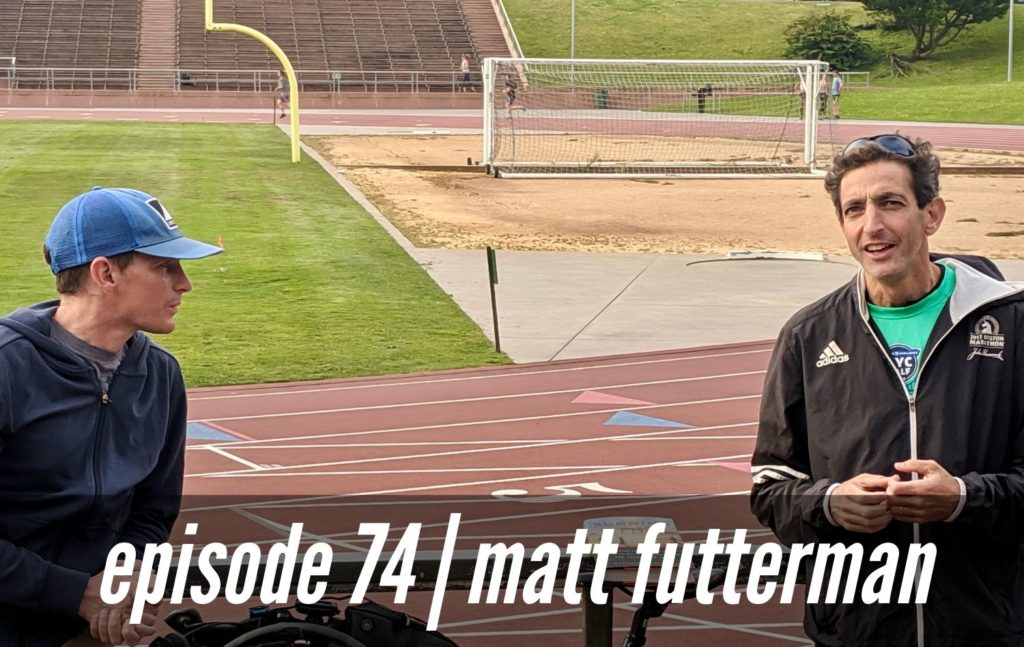 Futterman is an avid runner himself—he’s run 23 marathons and has qualified for Boston—and we had a great conversation about his new book, which is largely about coach Bob Larsen and his quest to discover the training secrets that would lead American runners back to prominence on the world stage. We also talked about how he got into running and developed an interest in it, why track and running have fallen out of fervor with mainstream media and what he’s doing at The New York Times to help bring more attention to the sport, the appeal of the marathon and what it’s taught him about himself and life in general, the importance of being process-oriented and appreciating the journey, whether it’s running, work, of life, and so much more.

— Check out Matt’s website and learn more about his new book, Running To The Edge.

— How Running Helps a Sports Editor Do His Job: “I play that existential game with numbers, tracking my splits on my GPS watch,” Futterman writes. “But more often than not, as I run my mind drifts to my other obsession: writing. I often joke that I do my best writing when I am running, only I’m not kidding.”

— “Running to the Edge is at its most gripping when Futterman is reconstructing the early days of the Toads, outliers and long shots like Terry Cotton, who ‘runs as though he is being chased by a man with an ax,'” writes Katie Arnold in a review of the book for The New York Times. “Written largely in the present tense, these early chapters don’t feel reported. Rather, the narrative is smooth and immediate, almost effortless in its detail, if occasionally breathless, like a good fast run; the book makes it easy to forget these scenes involve obscure runners at obscure races that happened more than 40 years ago.”

— “I hope the message is not only about running, and that people see it as a way of going through life: make yourself uncomfortable and learn how to be comfortable with being uncomfortable,” Futterman told Martin Fritz Huber in an interview for Outside. “Challenge yourself to do the thing that you don’t think you can do.”

This episode is brought to you by the Kaiser Permanente Napa Valley Marathon and Half Marathon, which takes place on March 1, 2020. Run, sip, and savor, as Napa Valley offers the ideal destination for a race-cation. Run down the Silverado Trail on scenic, net downhill courses, then celebrate your achievement at one of over 500 valley wineries, excellent restaurants, local breweries, or even on a hot air balloon. Sign up at napavalleymarathon.org and use code SHAKEOUT10 to save $10 on your registration before September 9, 2019.