“I was the kid who would throw up and puke after every race, like that was my M.O. in high school. That’s just what happened, I don’t know why, but I took pride in that like a young high schooler would. I’d be like, ‘Oh look at me, I’m running until I puke.’ And I remember coaches and even teammates would be like, ‘Dang Steve, you’re so tough,’ but in my head I was like, ‘You guys don’t know, every single race I’m thinking about: Hmm, what happens if I step on that curb and then I could just tumble. No one would know.’ And I thought it was me and my problem for a while, until I started coaching…The reason you have those thoughts of quit, drop out, etc., is because your brain is saying, ‘This is uncomfortable, we don’t know if you could do this, you might harm yourself, and because you might hurt yourself, because we’re pushing so hard out of the unknown, we’re gonna essentially force you to have this devil on your shoulder that starts telling you to drop out because we are the brain and we need to protect you.’ And it’s essentially this protective mechanism, so of course most of us—not everyone—but most of us experience that, ‘Hey, I need to drop out.’”

This week’s guest, making his second appearance on the podcast, is Steve Magness. Check him out back on Episode 156 if you haven’t already as it’s a good primer for this conversation, one which centered around the subject of his new book: Do Hard Things: Why We Get Resilience Wrong and the Surprising Science of Real Toughness.

Now I’ll say this: Steve has been on a lot of podcasts doing promotion for his book and I did not want to rehash many of the conversations he’s already had to date. I can tell you that this episode is very different and we covered a lot of new ground. Steve opened up about his struggles with OCD, which isn’t something he’s ever talked about publicly before. We talked about the idea of toughness, and “tough love,” and how his perceptions of both have changed over time. We also discussed different leadership styles, what works and what doesn’t, and a lot more.

— New Balance. If you’re looking for a workhorse to run most of your miles in, look no further than the FreshFoam X 1080 v12. This shoe has the perfect blend of cushioning and responsiveness, it’s lightweight, it transitions smoothly, it has the most streamlined fit to accommodate a wide variety of foot types, and it holds up to heavy mileage week in and week out. The FreshFoam X 1080v12 is available in both men’s and women’s sizes on newbalance.com or at your local run specialty retail store.

— Goodr: If you want to support the podcast and treat yourself to a pair of goodr sunglasses, head over to goodr.com/MARIO or enter the code MARIO15 at checkout for 15% off your order. Look good, run goodr! 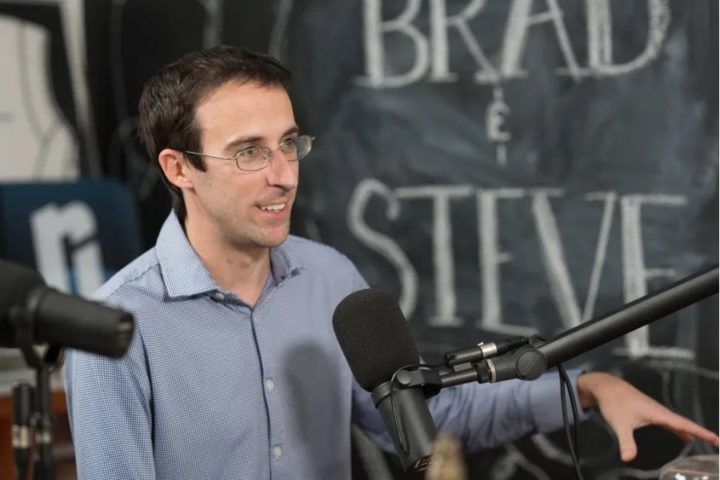