What is a runner? To define it today, that’s a question we have to ask. There are a lot of people out there who say, ‘I’m not a runner’ but they probably run 3 or 4 days a week, they might run 25 miles a week, but they also might do other things. The day of that loneliness of the long-distance runner, the guy in short shorts out there pounding the miles and training for a marathon—while we saw that popularity of the standard distances and that traditional kind of runner grow, it’s plateaued, and even receding—if you look at races, they’re struggling to hit the numbers that they want and need. But then you have all these events, there are all sorts of non-traditional things…there are these events that are happening, and they’re challenging, and they’re every bit running.

Excited to welcome Runner’s World “Runner-in-Chief” Jeff Dengate to the podcast. Dengate, who is on his third tour of duty at RW after recently wrapping up a second stint at Men’s Journal, took over for Betty Wong-Ortiz in March and has been charged with leading the brand under its new owner, Hearst.

Dengate, who got his start in media as a senior editor for NBA.com before leaving to be the web editor at Runner’s World in 2007, is best known for his coverage of shoes and gear at both RW and Men’s Journal (where he worked from 2014-2016, and again from August of last year until this past March).

A runner for the past three decades—he ran his first 5K race while training for karate as a kid—Dengate has a current penchant for off-road races and low-key events. “It’s a place for me, personally, where I like to spend my race entry fees,” he told me.

In this conversation, we talk about his new role at Runner’s World, what brought him back to the brand for the third time, how its content focus has evolved in the short time he’s had the reigns, and a lot more, including:

— Runner’s World‘s new look and feel—both in print and online—and the early feedback he’s received on the changes it’s undergone.

— Why print magazines are still important in today’s digitally-focused media landscape. “The commitment to a magazine is definitely here,” Dengate told me.

— The staffing changes that have taken place at RW in recent months and the importance of having consistent contributors producing content for the brand.

— Which media brands outside the running space influence and inspire him.

— His thoughts on the importance of competitive running in the overall landscape of the sport.

— The biggest challenge he faces as Runner-in-Chief at Runner’s World and what success looks like in his eyes.

— How he got into writing and media and his advice for anyone who wants to break into the industry.

I really enjoyed this conversation with Jeff and it was great to hear firsthand what’s going on at the sport’s largest and most recognizable endemic media brand. If you’ve bought one of the last two issues of the magazine, or visited runnersworld.com in recent months, I think you’ll be interested in what he has to say.

— What It’s Like to Run 187 Consecutive Days—In 187 Different Pairs of Shoes: “I rarely wear the same pair two days in a row (even when I go on vacation I pack multiple pairs),” Dengate writes. “But the truth is that I’ve really been wearing only about 100 pairs of shoes per year (last year I ran in 125). So, I thought it would be fun to try to run in different shoes every single day. Unfortunately, when I went public with the plan to friends and colleagues, I overlooked the fact that this meant I actually had to run every day!”

— Jeff’s Favorite Running Shoes of 2017. Dengate ran in a lot of shoes last year (see the aforelinked article) and this is a rundown of his 12 favorite pairs of kicks.

— 20 Simple Rules That Will Make You a Better Runner: Check out this informative online guide that Dengate wrote along with colleague Kit Fix for Men’s Journal. “It is feasible to have everything you wear while you train shout at you with enough numbers and tips and badges that you sometimes have no idea what the hell to do anymore,” Dengate writes. “Take a deep breath. Running is still extremely simple.”

This episode is brought to you by Mercury Mile. Whatever your pace, from beginner to elite, Mercury Mile curates a shopping experience and style that moves just for you. It super simple: Go to MercuryMile.com, create a profile, and pick a shipping date. A few days later, you will receive a curated box of incredible running apparel from your own personal stylist. Keep what you love, send back what you don’t. Free shipping, free returns and no subscription necessary. Try it today at mercurymile.com and use the code “themorningshakeout” at checkout to save 10 bucks on your styling fee. (Unfortunately, this offer is only available to U.S. listeners right now, so I apologize to those of you tuning in from abroad.) 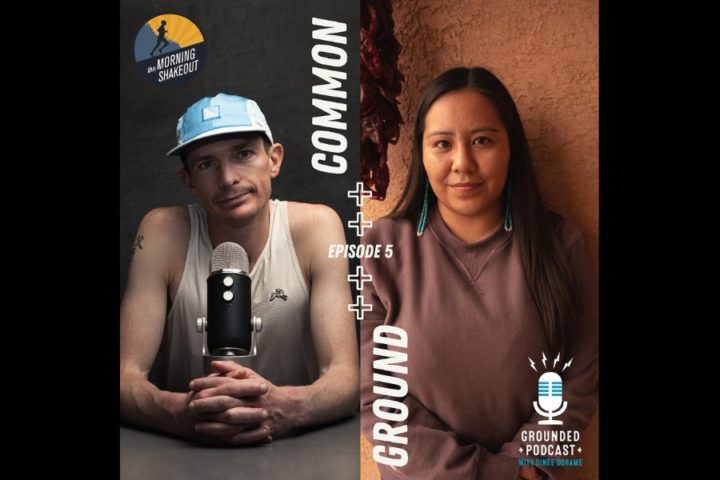 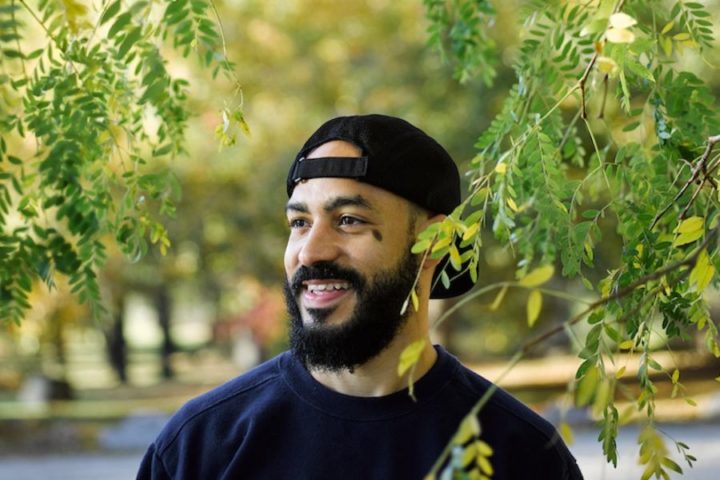 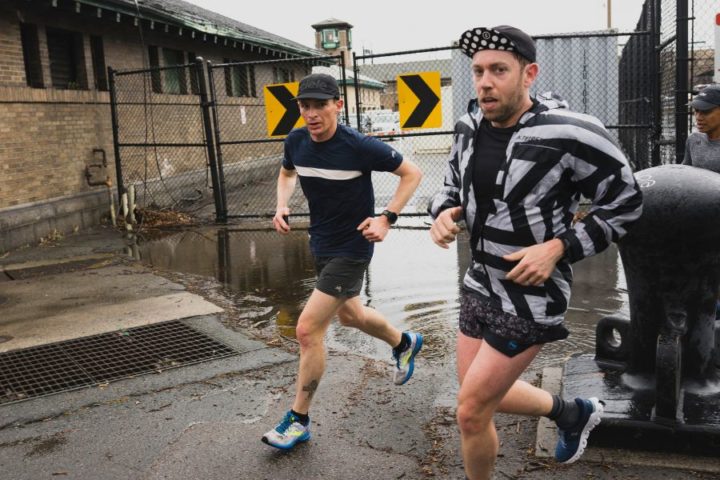