“It’s not just one workout that’s going to make you have a good race. That’s pretty simple. I’ve more come to the conclusion that I’d rather do 20 B+ workouts over 10 weeks instead of having four A+ workouts and then just go into a race. I think if I can get the consistency of this B+ type workout—when I do those, I feel like we’re not stressing the body so hard that we’re going to get injured—I feel like we’re improving, getting physically better as a runner, but we’re not getting as many little injuries or dinged up, or just soreness. And I feel like when we do that and then go to a race and try to do an A+ [effort] in the race, it just seems to be working a lot better for me. So I just think being really consistent over a long period of time, you know, you don’t have to have any of these super duper workouts to prove who you are.”

Mark Coogan is the coach of New Balance Boston Elite. His squad will be competing at the U.S. Olympic Trials in Eugene, Oregon, beginning on June 18. As an athlete, Mark represented the United States at the 1996 Olympics in the marathon, he’s competed on multiple world championship teams, and he’s also the first sub-4 minute miler from my home state of Massachusetts. During his professional career, Mark was ranked top-10 in the U.S. from the mile to the marathon, which is not something that too many athletes can claim.

I absolutely loved this conversation and I think many of you will too. We mostly talked coaching, how Mark got his start in it, and how he’s grown the most over the years. He told me about managing his squad’s nerves and expectations heading into Trials, how they’ve recalibrated during the pandemic, and the lessons they’ve learned over the past year. He also described the family culture that his team tries to maintain, coaching his daughter Katrina for the first time, and how he approaches working with a group that’s focusing on a wide range of events. Mark also told some great stories, like running the race of his life at the 1995 U.S. Championships against Bob Kennedy, and a lot more.

— New Balance. The new FuelCell Rebel v2 is my new favorite running shoe. It’s super super light, it’s incredibly responsive, and offers good protection underfoot. I think it’s the perfect workout shoe and I’ll be using it all the time. Check it out today at newbalance.com and consider adding a pair to your rotation today.

— Goodr: If you want to support the podcast and treat yourself to a pair of goodr sunglasses, head over to goodr.com/MARIO or enter the code MARIO at checkout for 15% off your order. Look good, run goodr! 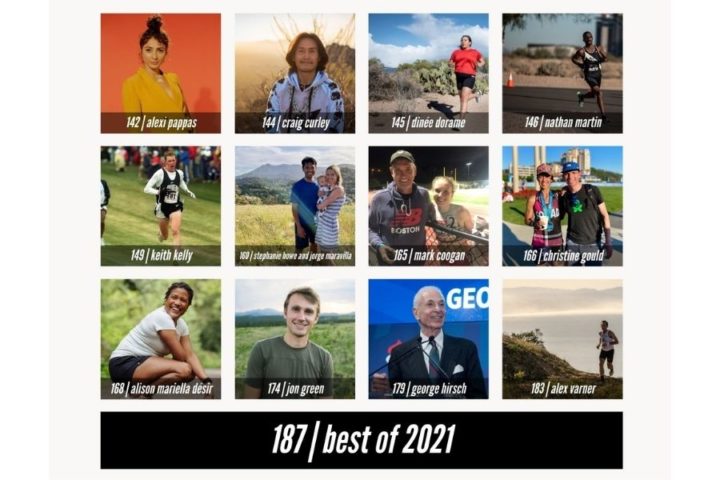