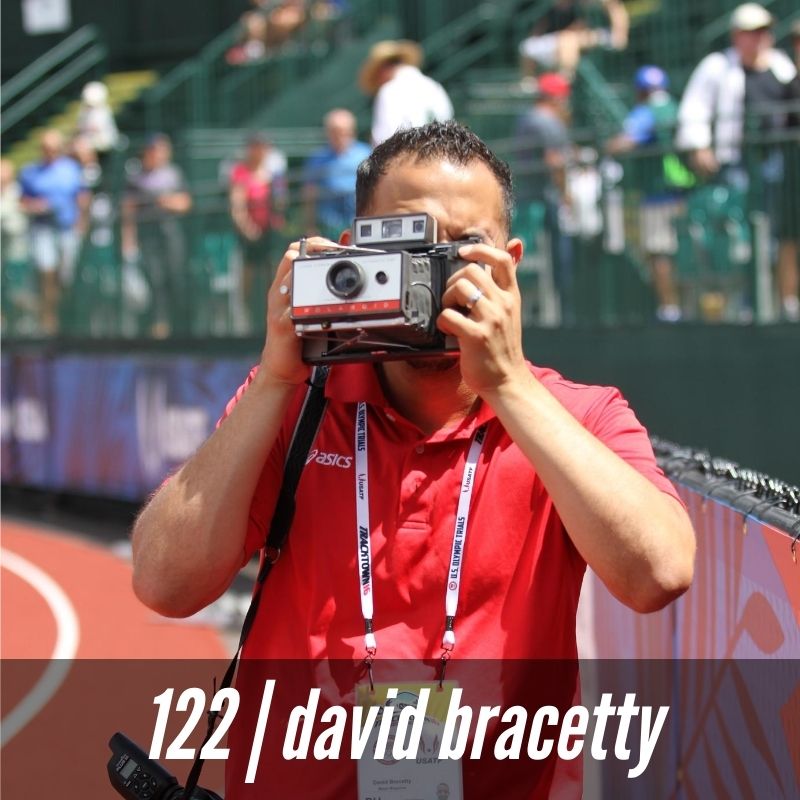 “It was sort of like this coolness of everyone telling you [that] you can be awesome and you’re not aware of it yet, but you’re starting to believe it, you’re starting to follow in the steps of this path you think you’re destined to be on. And that—over and over—any movie with that theme, like goosebumps, I’m hooked. I remember watching an anime, Dragon Ball Z, growing up and I’m just like, ‘Man this guy just keeps getting stronger every time he trains. Holy moly, he’s doing things he never thought he could do.’ And honestly, once I discovered track after football I was like, ‘This is what I’ve been watching all those movies my entire life for.’ I think there’s something hidden deep inside of me that’s kind of special and it’s just a matter of time before it comes out. And I just loved that, and now I would say that’s transitioned to photography and directing. I feel there’s something special that I have to offer that is started and rooted in running and track and I’m really, really excited to see where I can take that skill, or habit, or blessing that I’ve been given and seeing what’s next for me.”

My guest this week is one of my favorite photographers and storytellers in the sport of running, David Bracetty.

David lives outside of Philadelphia and he’s done editorial work for publications like Runner’s World, Like The Wind, and Meter magazine. He’s also shot commercially for New Balance, Puma, adidas, Brooks, and other brands. What I love about David is his unique style and penchant for finding and telling the story that no one else seems to be paying attention to. David hustles hard—I’ve witnessed it myself firsthand—and it shows in the quality of his work.

There is a lot to this conversation. David’s got an interesting backstory and it was trip to dive into it with him In this episode. He told me about how his Puerto Rican upbringing influenced his worth ethic and creativity. We talked about how he got into running, the rocky road he followed with the sport through college, and learning not to let his self-worth get tied up into being a runner. David told me about his odd hobbies and interests as a kid, saving up to buy his first camera in high school, and why he’s always been someone who’s quick to say yes to things and then will figure it out on the backend. Finally, we discussed the biggest ways he’s evolved as a photographer and a creative, what his relationship with running looks like now, and also his latest project. It’s called the 4 Years Ago Project, and it’s an audiovisual experience featuring athletes who competed in the 2016 U.S. Olympic Track and Field Trials talking about what they felt that day, what’s happened since, and where they are now.

The 4 Years Ago Project was entirely self-funded. If you’d like to support David’s work to help offset some of his costs, you can do so here.

Note: There will be a spread of select photos and commentary from Bracetty’s 4 Years Ago Project in the next issue of Like the Wind magazine, which will be published at the end of August. You can pre-order a copy of that issue here or start an annual subscription to LtW at this link. I’m a paying subscriber of LtW and it is far and away my favorite running magazine. It comes out four times a year and it’s chock full of amazing stories and beautiful imagery printed on sumptuous paper that you’ll want to keep, well, forever. Want to learn more about Like the Wind? Listen to my podcast conversation with co-founder and editor Simon Freeman from May of 2018 right here.