Here’s the incomparable Michael Wardian at Mile 76 of the Leadville Trail 100 on Saturday evening en route to a tenth-place finish in 20 hours, 18 minutes and 57 seconds. I took this photo just past 7 PM, and you’ll have to forgive the 43-year-old running madman if he seems a little hurried. After hitting the bathroom for the 13th time on the day and restocking on necessary supplies, Wardian left the Outward Bound aid station a man on a mission and charged toward town with reignited stoke. He didn’t have much of a choice—there was another race to run in a little less than 12 hours, and it was an over two-hour drive away.

Wardian finished the Leadville race a few ticks after midnight, an insanely impressive accomplishment on its own, took a quick shower, packed his stuff, then jumped in a car and drove to Manitou Springs, where he completed the grueling Pikes Peak Marathon—featuring 7,815 feet of elevation gain and an equal amount of loss on a rugged mountain course that tops out at 14,115 feet—in 6 hours, 2 minutes and 55 seconds. He’s only the second person to complete the crazy double, and the fastest to do it by almost four hours.

I’ll reserve comment on the numerous risks of attempting such an endeavor in the middle of the night after having been awake for over a day and running 100 miles over tough mountain terrain, but since it all went down without any major incidents or accidents (minus a little tumble on the trail), take a minute or two and try to comprehend this series of monster feats. I’ve been trying for the past few days and still can’t wrap my head around it all.

“I definitely find this challenge unforgettable and really tough,” Wardian told Peter Maksimow of Motiv Running before flying home to Washington, D.C., on Sunday night. “I still can’t believe it worked out. I’m so pumped. I really enjoy testing my perceived limits, and this is the biggest post 100-miler thing I have ever done, so I was nervous and excited and so happy my body was up for the challenge.”

I have no idea how Wardian does what he does week after week but he continually finds new ways of navigating what’s possible using running as his vehicle. It’s equal parts inspiring and bat-shit crazy, or maybe more bat-shit crazy than inspiring, but totally mind-boggling nonetheless.

On that note, stay tuned to the morning shakeout for an upcoming interview with Wardian, in which we’ll “go long” on his impressive double, explore why he’s motivated to race as much as he does, discuss what he does to recover between monster efforts, learn how he fits it all in along with being a dad, husband and ship broker, and much more. 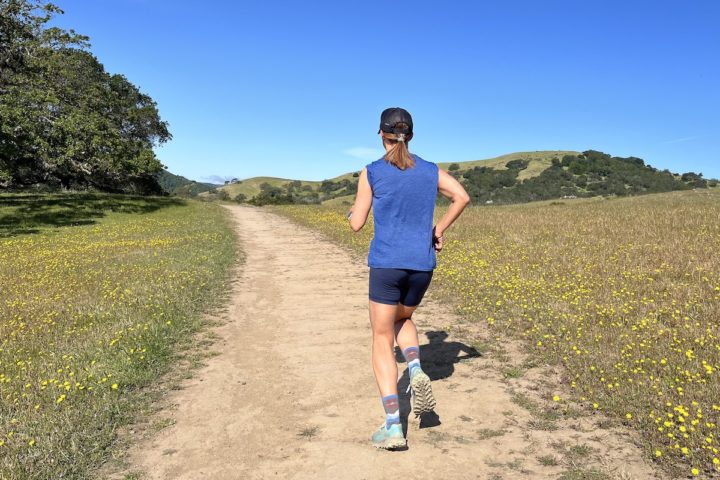